Tuesday, January 31st, 2023
THE LATEST
Home Eagles The Possibility of the 2020 NFL Season Being Cancelled; How Does it Affect the Eagles?

2020 is a year that will surely never be forgotten in the history books; for better or for worse.

In the sports world, however, this simply causes chaos and confusion.

With the NFL season still scheduled to start on time, week one isn’t too far in the distance.

The NFL has given the green light for franchises to proceed with planned training camps, yet some players have openly expressed their concern with the NFL’s lack of proper precautions for the protection/safety of their athletes.

One of the NFL’s biggest stars, Seattle Seahawks’ QB Russell Wilson, spoke on the issue via his twitter:

I am concerned.
My wife is pregnant.@NFL Training camp is about to start..

We want to play football but we also want to protect our loved ones. #WeWantToPlay

It’s a legitimate issue that warrants concern. Many NFL athletes may not be worried about their own personal health in the matter, but more so about placing themselves in harm’s way and bringing the virus home to a loved one who may be more susceptible to it.

As of right now, the NFL season is set to kick off the 2020 regular season on September 10th; however, alternative plans are still heavily looming. The NFL season may very well be delayed, cut short, modified to condense the length, or not played at all.

During rough times, many of us turn to sports as a distraction and a piece of comfort. As much as everyone wants the NFL season to play out on time and according to plan, it would be foolish to overlook the possible repercussions.

Many teams could benefit from having a canceled season as it presents an opportunity for younger players and inexperienced teams to develop and create stronger on-field chemistry with each other.

This is one of the MANY reasons as to why the cancellation of the NFL season would be detrimental to the Philadelphia Eagles. 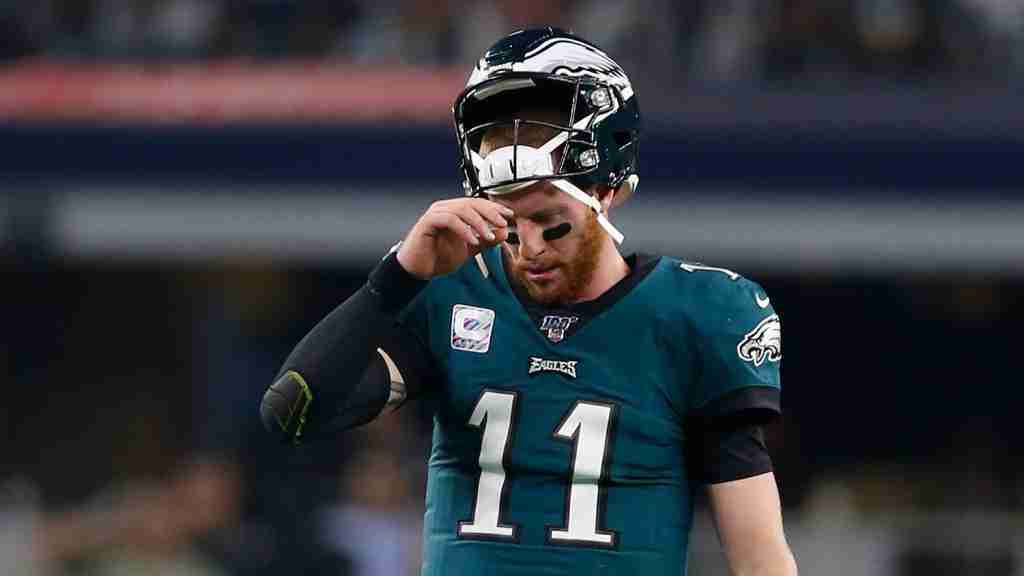 Let’s face the harsh reality: the Philadelphia Eagles center core of the roster isn’t old yet, but tacking on another year of aging gets them that much closer.

If the NFL season does not play out in 2020, then the Philadelphia Eagles immediately transition over to a roster with a bunch of 30-year-olds. Fletcher Cox, Zach Ertz, Lane Johnson, Darius Slay, Rodney Mcleod, Alshon Jeffery, Brandon Brooks, Brandon Graham, Jason Kelce; these are players that will be or are already over thirty.

Yes, I understand that the age of thirty is not this magical drop off that causes a downward trajectory of play. In fact, many players could have one of their prime years in their thirties.

The nuisance generally revolves around the fact that the roster’s foundation is at peak performance as of right now; they’re in perfect position. The NFL’s “win now” window is not a consistent opportunity. When the opportunity arises, one must be ready to go all in and capitalize.

The Eagles are destined for success in 2020, as they have the largest probability to take home the NFC East crown. The Redskins, Giants, and Cowboys are all in the process of building a new foundation with first-year head coaches while Doug Pederson, Carson Wentz, and the Eagles are entering their fifth season together.

Don’t get me wrong, I thought the hirings of Mike McCarthy and Ron ‘Riverboat Ron’ Rivera were great choices due to their extensive experience within the league and their culture-building tendencies. It’s just not an easy task to take over a brand new football team and excel in year one.

While there isn’t much optimism surrounding the Birds in the case of a canceled season, a silver lining is always present.

Carson Wentz has some very speedy, young receivers that many seem to believe will enter in on day one and be uber-talented against anyone. That wasn’t ever going to happen and surely still will not happen.

Having a season off gives Carson Wentz more time to build a stronger relationship with his weapons, as well as allowing younger players at skill positions to improve their game in general.

Sadly, Brandon Brooks would have missed the 2020 season regardless due to a torn Achilles. While Brooks and his health is most certainly priority number one, it makes the lossless impactful.

The range of outcomes for the 2020 NFL season could be seen as worrisome, but it’s important to remember that every franchise must endure the same difficult circumstances.

And above all, the safety of our world is not an issue that can be delayed. Football can be.