The Union is in store for a busy 2023 season. A return to the CONCACAF Champions League, the Leagues Cup, US Open Cup, and the MLS season. The schedule has more clarity now that the MLS Schedule has been released. Let’s break down the top games, rough stretches, and overall view of the 2023 MLS Season.

That success has the Union back in the Champions League and looking for another stellar MLS season.

Before we break down specific games, let’s get up to date on everything else related to the MLS Schedule:

The 2022 soccer season around the world was thrown in a loop. With the FIFA World Cup in the winter, MLS made sure to be wrapped up before then. To do this, the MLS season started earlier in the year and stretched the schedule out to reduce midweek games.

The 2023 schedule follows a similar style. Though there are a few more Wednesday games than last year. The season starts in late February and the playoffs begin in late October.

As far as matchups, Nashville has, once again, flipped conferences. With St Loius entering the league this season, Nashville now returns to the Eastern Conference. Every MLS team plays 6 non-conference games. 3 home and 3 away. Of course, the normal setup of playing each conference opponent twice.

Broadcasting-wise, the MLS Season Pass through Apple TV is here. Every MLS game will be available there. However, Fox still carries a few marque matchups. The Union will have 3 games broadcast on Fox/FS1.

With that out of the way, time to see what the Union has in store for 2023.

Usually, the top game would be the season opener, as it’s the kickoff to the new season. However, there is a much bigger game for the Union this year than the opener.

The defending MLS Cup champions will be traveling to Chester for an MLS Cup rematch with the Union. It is unfortunate that this game occurs so late into the season. However, it is better late than never. This will be LAFC’s first trip to Chester since the LAFC-Union rivalry really began in March 2020. Every game the two have played since then have been classics. Including, of course, possibly the best MLS game of all time, the 2022 MLS Cup.

This one here is the season and home opener for the Union. Not many roster changes have occurred for the Union other than Paxten Aaronson’s departure. We still do not know what the Union’s starting 11 will look like. No matter what, it is the day the Union tries to fight back to MLS Cup after falling short in the most heartbreaking fashion.

The Union gets to double-dip on the LA teams this year. Except for this time they travel to the city of angels. It is one of those pesky 10:30 PM ET start times. However, I’m sure the Galaxy and Union will put on a show for those who stay up to watch.

Every MLS team has a tough stretch in the schedule. For the Union, it lies from June 10th to July 15th. This includes a stretch of 5 road games in 6. Then ending with a home game against rival NYCFC.

This includes 4 trips across the country. June 10th @ San Jose to turn around and be in Orlando on June 21. The Union then gets to fly home to play Miami on June 24th. Then a 3 game road trip to Atlanta, LA, and Nashville. Not only does the Union have a rough stretch in terms of travel, but the opponents are no pushovers either.

On top of the usual games against conference opponents, the Union lucked out in having very entertaining cross-conference matchups. Of course, there are some tough stretches but teams that have MLS Cup aspirations always do.

The biggest questions lie within the Union roster. With Kai Wagner and Jose “El Brujo” Martinez’s transfer talks quiet, we don’t know how different the Union roster will be.

No matter who comes or goes, the Union should still be around the top of the league. Whether a repeat as Eastern Conference champions is in store, we will have to wait and see. 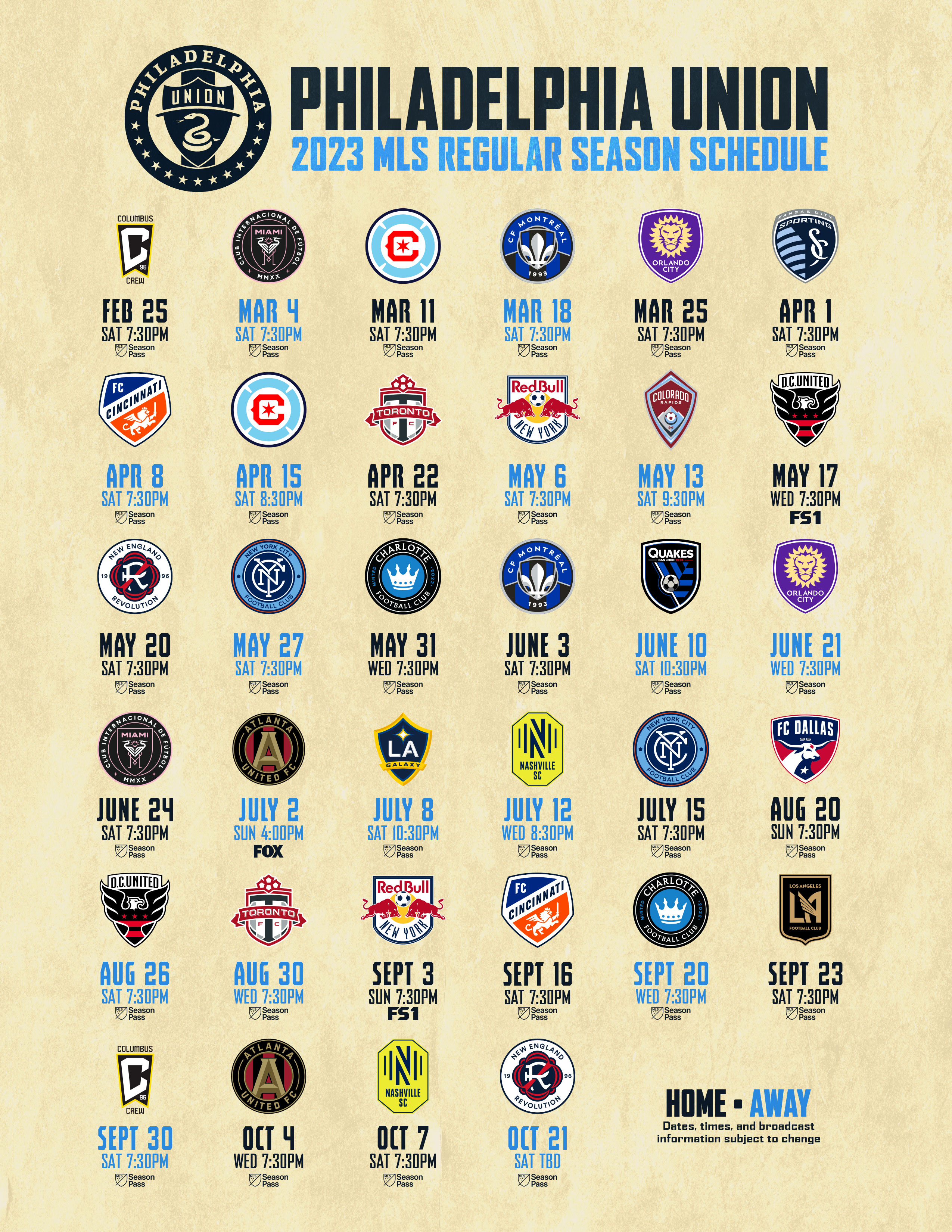 This off-season had been quiet for the Union. That was until multiple late-offseason moves…